What Are the Benefits of the Phytonutrient Beta-Cryptoxanthin?

There are hundreds of thousands of phytonutrients. Beta-cryptoxanthin is one and has many health benefits. What foods contain this phytochemical?

Recently there has been growing interest in the antioxidants plants contain called phytonutrients, or phytochemicals, because of the health benefits they provide. One group of phytonutrients are carotenoids, and within that group is the sub-group xanthophylls. One type of xanthophyll is beta-cryptoxanthin, which has been associated with reduced weight and decreased lung cancer risk. Below, we’ll discuss beta-cryptoxanthin’s benefits and how you can get more of them in your life. Pronounced bate-a-crip-toe-san-thin.

First things first, we need to talk about how to get the benefits of beta-cryptoxanthin. Nutrients— including vitamins, minerals, and phytochemicals—can often be isolated or synthetic. These don’t even come close to natural nutrients in their whole food state; they are not the same. We believe in the synergistic effect of all phytonutrients.  Read our helpful resource about how they are different and why natural nutrients, as opposed to isolated or synthetic, are safer and much more beneficial.

Phytochemicals are antioxidant compounds found in all plants and plant foods like fruits and vegetables. A lot of these compounds have anticarcinogenic, cardioprotective, and other effects.

Carotenoids scavenge free radicals that can damage cells and cause disease. Carotenoids are also involved in lipid peroxidation and protect low-density lipoprotein (LDL) from oxidation. Consumption of carotenoids are shown to lower risk of coronary artery disease, cardiovascular disease, and atherosclerosis.

When you eat certain plant foods, beta-cryptoxanthin is actually converted to vitamin A (retinol) in the body; it's characterized as provitamin A. Vitamin A contributes to skin, oral, skeletal, eye, and other aspects of health. The recommended dietary amount for those age eighteen and over is 900 mcg of retinol for males and 700 mcg for females. This is equivalent to 21,600 mcg of beta-cryptoxanthin for males and 16,800 mcg for females age eighteen and older.

Vitamin A deficiency is rare but can lead to symptoms like xerophthalmia (an eye disorder that causes dry eyes), night blindness, low iron levels, and an increase in mortality risk of infections, specifically diarrhea and measles. Infants, young children, pregnant women, and people with cystic fibrosis are particularly at risk of vitamin A deficiency. Vitamin A could play a role in cancer, age-related macular degeneration, and measles risk and treatment. Too much vitamin A can also lead to unpleasant symptoms like intracranial pressure (pressure exerted by fluids inside the skull on the brain tissue), dizziness, nausea, skin irritation, and more.

In addition to providing vitamin A, beta-cryptoxanthin has been associated with reduced risk of various chronic diseases. Keep in mind, like all nutrients, beta-cryptoxanthin is best consumed from whole food. All those benefits are thanks to the synergy of chemicals, not a sole chemical, working together within the plant. The magic is in the combination!

The following are other foods rich in beta-cryptoxanthin:

A number of studies showed that out of all the dietary carotenoids, beta-cryptoxanthin made the most difference, reducing relative risk of lung cancer by 24 percent. This includes raw juice from the plant foods that contain beta-cryptoxanthin. For instance, mandarin juice was shown to reduce lung tumor development in mice (whereas beta-carotene supplements didn’t), and red orange juice consumption increases beta-cryptoxanthin levels while improving flow-mediated dilation and reducing inflammation.

Beta-cryptoxanthin has antioxidant properties, which allows it to protect against oxidative stress; this is one of reasons it can combat lung tumor growth. Beta-cryptoxanthin can also raise mRNA levels of retinoic acid beta-receptors in certain types of cells, which was consistent with its effect on lung tumor cell growth.

According to YuQui (David) Liu, doctor of philosophy (nutritional sciences), “Free oxygen radicals and their oxidation products play an important role in the development of inflammatory disorders such as rheumatoid arthritis, a chronic disease characterized by persistent inflammation of the joints, leading to damage and ultimately destruction of the joints.”

A high dietary intake of beta-cryptoxanthin can also help prevent such development, probably because it may protect against oxidative damage.

High intake of beta-cryptoxanthin has also been associated with reduced risk of hyperglycemia, certain cancers, and prevention of chronic diseases.

Some researchers report that a consistent intake of beta-cryptoxanthin reduced visceral adipose tissue, body weight, and abdominal circumference in mildly obese males and that it may reduce the development of metabollic syndrome.

Beta-cryptoxanthin is one caretoid you may not have heard of, but it's in a lot of the plant foods you may already be eating. It can be found in papaya, oranges, sweet peppers, peaches, corn, carrots, spices, and other foods.

Beta-cryptoxanthin consumed from whole food has antioxidant and anti-aging properties due to its effects against oxidative stress. A high, consistent consumption of this phytochemical can also help prevent various disorders and health conditions like osteoporosis, arthritis, and metabolic syndrome while supplying your body with essential vitamin A. 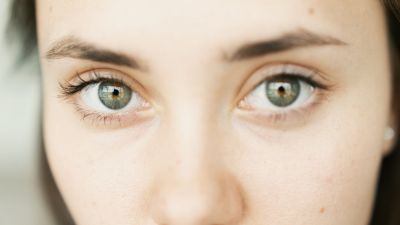 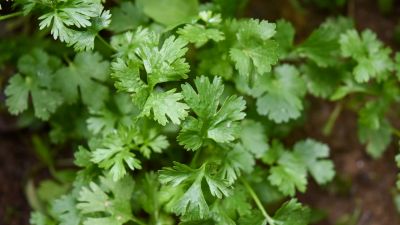 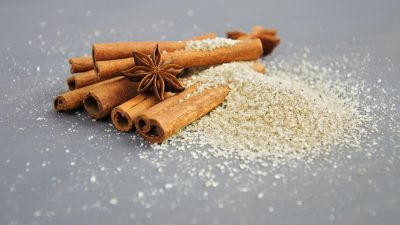